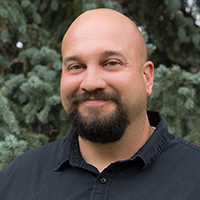 Domenic Bravo began as CEO at Visit Cheyenne in late January 2020. He is a well-respected leader in the Wyoming outdoor recreation and tourism management field. Bravo is a professor at the University of Wyoming and helped build UW’s new Outdoor Recreation and Tourism Degree program. Previously, he served as the administrator for WY State Parks and the Outdoor Recreation Office for 11 years. Bravo helped create the Certified Public Manager (CPM) program at Laramie County Community College and holds a CPM designation himself. He has served on many local and national boards, including as Board President of the National Association of State Park Directors. He has a master’s degree in Park and Resource Management from Slippery Rock University in Pennsylvania. 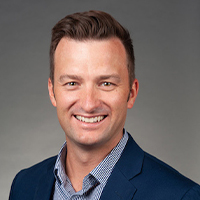 As the Managing Partner at Madden Media, Matt Clement leads the company’s growing strategic consulting practice, and guides solution development for Madden’s research, data and analytics capabilities to help destinations. He is also responsible for the continued evolution of the Madden Voyage platform, the company’s custom dashboard provided at no cost to track campaign performance, measure ROI, and connect the various data sources to make insightful decisions.

Prior to joining Madden, Clement was Senior Vice President of Marketing at Arrivalist, where he played a key strategic role working with a variety of clients including many state tourism offices, destination marketing organizations, attractions and airports. Previously, he held a number of roles within the tourism industry including working with Visit Fort Worth, Experience Fayetteville and Adara. 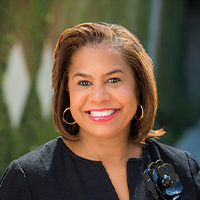 Julie Coker took the helm of the San Diego Tourism Authority (SDTA) in June 2020. Previously, Julie served as the President & CEO of the Philadelphia Convention and Visitors Bureau (PHLCVB). Prior to that, she was PHLCVB’s Executive Vice President, Convention Division, and managed a staff of 25 sales and services professionals responsible for selling the expanded Pennsylvania Convention Center and hotel packages to customers across the country. Prior to joining the PHLCVB, she was the general manager for the Hyatt Regency Philadelphia at Penn’s Landing, where she oversaw all operational aspects of the 350-room hotel. A 21-year Hyatt veteran, she began her career in 1989 as a corporate management trainee at Hyatt Regency Columbus. Coker serves on several boards, including the California Travel Association, Visit California, The San Diego Regional Chamber of Commerce, The San Diego Regional Economic Development Corporation and the Downtown San Diego Partnership.  She is an Executive Committee Member of the U.S. Travel Association and Destinations International. 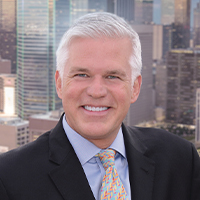 Craig Davis joined VisitDallas as President & CEO in January 2020. Davis has worked in the hospitality industry for more than three decades. He began his tenure at VisitPITTSBURGH in 2000 as Executive Director of Convention Sales. He was promoted to Vice President of Sales and Marketing in 2007 and to the position of President & CEO in March 2012. Davis’ background in the hospitality industry includes executive experience at hotels in Toronto, Chicago and Pittsburgh. While at VisitPITTSBURGH Davis was responsible for overseeing the convention sales and marketing efforts for the new David L. Lawrence Convention Center, the first Gold and Platinum LEED-certified convention center in the world. He is a Past Chair of Destinations International. 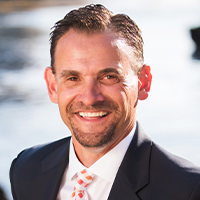 CChuck Davison serves as President & CEO of Visit SLO CAL, a role he accepted in April 2015. Davison led the research, groundwork, approval and implementation process for San Luis Obispo County’s first countywide Tourism Marketing District, which was established in 2015. Under Davison’s leadership, the organization launched a new brand, expanded into international markets and increased air service development with the addition of new regional flights for the first time in over a decade, and launched the development of SLO CAL’s first countywide destination management strategy, positioning the organization for success in the years to come, and renewed the Tourism Marketing District for an additional 10 years through 2030. Davison brings 29 years of career experience in travel, tourism, hospitality, lodging and management expertise to SLO CAL. He previously served as Vice President and General Manager at Expedia, Inc., where he led a national team on the opening of the new Local Expert division across North America. Davison currently sits on the Board of Directors for Destinations International and REACH Central Coast. He also serves on the Executive Committee and Board of Directors for CalTravel along with serving on the Cal Poly President’s Council of Advisors Local Economic Development Committee and Experience Industry Management Department Advisory Council. 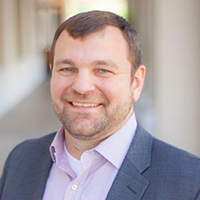 Dan Janes is the CEO of Madden Media, a destination marketing agency focused on increasing visitation, travel, and tourism for communities across the country. Madden uses innovative, technology-driven marketing strategies to provide solutions for partners. They recognize that travel is transformative for individuals and communities and Madden’s team is proud to impact the growth of communities by creating personalized, immersive stories that connect people to places. Janes is a successful entrepreneur and early-stage investor. He co-founded 42six Solutions, a Big Data and Analytics company that was acquired by Computer Sciences Corporation. Following the acquisition, Janes became active as an investor and member of Desert Angels and Arch Partners. His span of experience includes being a West Point graduate, former Army Officer, working inside a large government agency, building a big data technology company, and growing new technology offerings in a publicly traded company. 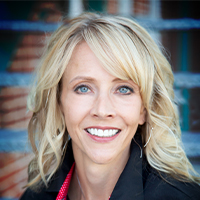 Brook Kaufman is the CEO of Visit Casper and a member of the Natrona County Board of Commissioners. Her favorite part about wearing both hats is working with partners and community members to find creative solutions for impossible problems. A longtime lover of the Cowboy State, Kaufman officially became a Poke after earning her master’s degree from the University of Wyoming in 2007. When she’s not at work you can find her out for a run, reading, or planning her next adventure. 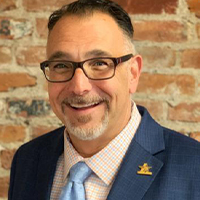 Wes Rhea is the CEO of Visit Stockton and has led destination marketing in Stockton, California, since 2005. He loves to explore new technologies, dig into data, and is always willing to be the first in line to try an emerging product. A strong advocate of destination marketing organizations, Rhea is a past Board President of the DMA West and currently serves on the boards of the California Travel Association, the DMA West Education and Research Foundation, the Destinations International Advocacy Committee, and is President of the Central Valley Tourism Association. A Stockton native, Rhea is committed to serving his community and serves on the board of directors of the United Way of San Joaquin County, where he has also served as Board President; the Stockton Maritime Museum, the Greater Stockton Chamber of Commerce, and the County Airport Advisory Commission. 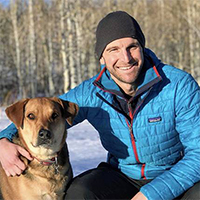 Dr. Smith is the Director of the Institute of Outdoor Recreation and Tourism at Utah State University. He earned his Ph.D. in Parks, Recreation and Tourism Management with minors in both Geospatial Information Systems and Sociology from NC State. Dr. Smith completed both his masters and undergraduate degrees at Utah State University. His work uses social media analytics and geospatial technologies to develop an understanding of how outdoor recreation is changing across the American West. His goal is to provide natural resource professionals, elected officials, private industry, and the general public with a scientifically grounded understanding of how to best manage outdoor recreation. Off-campus, he is an active road cyclist and triathlete. 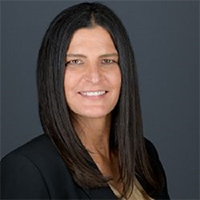 Candace Carr Strauss joined the Sedona Chamber & Bureau in late February 2021. Formerly, she was the CEO of the Big Sky Chamber of Commerce & Visit Big Sky, in Big Sky, Montana. Strauss led the Big Sky Chamber & Visit Big Sky since 2017. As CEO, she initiated a community-wide 10-year strategic plan and successfully advocated for a local Resort Tax hike to fund vital wastewater infrastructure upgrades. She helped start the Big Sky Community Housing Trust addressing affordable workforce housing, and was instrumental in securing a $10.3 million federal Transportation Investment Generating Economic Recovery (TIGER) grant to transform the community’s major arterial state highway, augment public transit and boost pedestrian and wildlife safety in the area. Strauss’s professional background includes positions with Wonderful Copenhagen and the Houston Symphony. She served for six years as Director of Development for the Museum of the Rockies at Montana State University in Bozeman and was Director of Marketing and Development with the Billings Symphony Orchestra & Chorale. Her career in the tourism industry began at Destination DC, with stints at the Washington Redskins NFL franchise, now known as the Washington Football Team, and Feld Entertainment, producers of Ringling Bros. and Barnum & Bailey and Disney on Ice. She presently serves as an At-Large Director of the U.S. Travel Association Board. 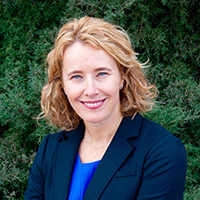 Jennifer Wesselhoff joined the Park City Chamber of Commerce/Convention & Visitors Bureau in October 2020. She previously held the same position at the Sedona Chamber of Commerce & Tourism Bureau for 13 years. Wesselhoff is a past Board President of the Destination Marketing Association of the West (DMA West). In Sedona, she led the development and adoption of the Sedona Sustainable Tourism Plan, adopted by the Sedona City Council in 2019. The first of its kind in Arizona, the Plan prioritizes quality of life, the preservation of the environment, economic vitality, and the visitor experience. Hundreds of Sedonans and travelers were part of the input process, which also included the Global Sustainable Tourism Council.