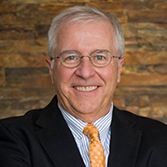 The Utah Office of Tourism and the Utah Tourism Industry Association announced the 2020 Utah Tourism Hall of Fame recipients in late September. Utah Tourism Hall of Fame recipients are selected based on their history of contributions to the state’s tourism industry through leadership, long-standing contribution to their region or the entire state. The 2020 Hall of Fame recipients were acknowledged at this year’s Utah Tourism Conference, held virtually with a limited in-person event at the Salt Palace Convention Center. Bill Malone, President & CEO of Park City Chamber/Bureau, was honored as one of this year’s recipients. In presentation remarks, it was noted that “Bill has been invaluable to the Park City community. He is a talented destination ambassador and has led one of the most effective Convention and Visitors Bureaus in the country. He has an eye for talent and has attracted/retained/ developed industry leaders who bring hundreds of millions in revenue to the community every year. Bill has demonstrated a flexible and adaptive aptitude to new trends, yet preserves the history and integrity of the destination.” Malone is a Past President of the DMA West Board. He retired from the Park City Chamber/Bureau in mid-October.