DMO CEOs Serving as Elected Leaders in Their Communities

Brook Kaufman, CTA, CDME, CEO at Visit Casper (WY) was appointed as a Natrona County Commissioner in early 2019. Visit Casper is the business arm of the county’s travel and tourism board. Kaufman subsequently decided to run for a full term as of the November 2020 election. She was successful in her bid to continue as a County Commissioner. As the CEO of the local DMO, building upon the local visitor economy is one of her continuing priorities as a commissioner. Kaufman has advocated for the maintenance of the county’s natural resources and recreation areas as well as championing updates to local planning and zoning regulations. Her favorite part about wearing both hats is working with partners and community members to find creative solutions for impossible problems. A longtime lover of the Cowboy State, Kaufman officially became a ‘Poke’ after earning her master’s degree from the University of Wyoming. 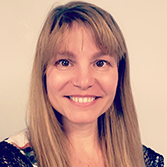 In August 2020, Aimee Williams, Executive Director at Discover Kodiak, decided she needed to attempt to have a greater influence on the direction of economic development and tourism in the Kodiak Island area. Williams submitted her paperwork to run for the Kodiak Island Borough Assembly and was elected for a three-year term as of the October 2020 election. She believes it is important for the local tourism-based businesses to have an elected advocate. Williams’ role as elected official offers an opportunity for the tourism community to be heard in local government. She is a former active duty Coast Guard, lived in Kodiak between 2005 and 2009, and returned with her family in 2016. Williams has a Bachelor of Science in Management from the U.S. Coast Guard Academy as well as Master of Science in Technology and Humans Development from the University of Texas.