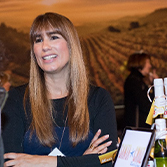 Visit Santa Cruz County Communications Director Christina Glynn has been named as one of the honorees for the Women of Influence award by the Silicon Valley Business Journal. The prestigious award honors 100 remarkable women leaders and innovators, their contributions to their respective industries, and overall impact on business in Silicon Valley. Glynn has worked closely with the business media outlet over the last year publicizing Visit Santa Cruz County’s LBGTQ+ Initiative in January 2020 and the most recent Visitor Sentiment Survey, which was presented to local and regional media outlets and stakeholders in March. Glynn joined the staff at Visit Santa Cruz County in 2004. Previously, she worked in corporate communications for the YMCA of Silicon Valley and in consumer public relations for the California Strawberry Commission in Watsonville. She began her career following college at CBS Television Network in Los Angeles. The honorees are leaders in corporations, startups, small businesses, nonprofits, healthcare, education and community services. All of these honorees came from outside nominations and were chosen by a panel of Business Journal editors and past Women of Influence honorees.  Among the women named to this year's Woman of Influence class are Zoox CEO Aicha Evans, Waymo co-CEO Tekedra Mawakana, Silicon Valley Community Foundation president and CEO Nicole Taylor and ice skating champion and philanthropist Kristi Yamaguchi.