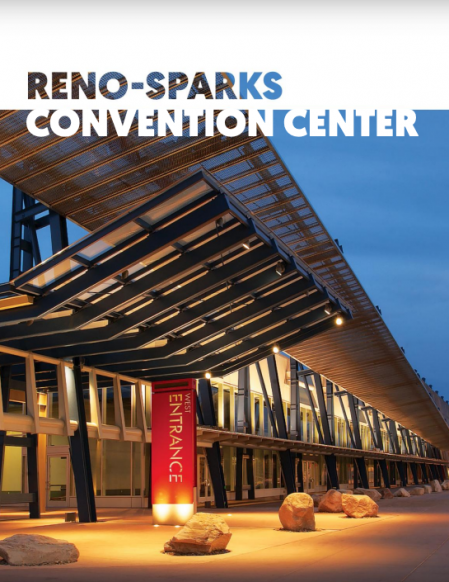 n mid/late April, the Northern California Volleyball Association (NCVA) sponsored its No Dinx/NCVA Girls Far Western National Qualifier at the Reno-Sparks Convention Center (RSCC), marking the 20th year of the organization holding this event in Reno Tahoe. The event kicked off with age-specific groups competing April 17-19 and April 23-25. With more than 700 teams, consisting of approximately 9,000 players and an additional 8,000 coaches and family members, this is the first major event at a Reno-Sparks Convention & Visitors Authority (RSCVA) facility in more than one year. Approved for operations by the State of Nevada Department of Business and Industry, strict safety protocols were in place, including a requirement for proof of a recent, negative COVID-19 test prior to entry. “We could not be more excited to welcome these athletes back to compete at the highest level in Reno Tahoe,” said RSCVA President & CEO Charles Harris. “As general business begins its resurgence throughout the U.S., the health and safety of our clients, our employees, and the residents of Northern Nevada is our top priority.” NCVA has additional tournaments coming to Reno Tahoe in May, in addition to the No Dinx/NCVA 18’s Sierra National Qualifier, which was held at the RSCC, April 9-11. The estimated economic impact of the four events listed above is more than $10.7 million.