From inception, Placer Valley Tourism (PVT) has been the epitome of collaboration as its footprint includes the three cities of Roseville, Rocklin and Lincoln, California. PVT is an organization guided by local Chambers of Commerce and funded by area hotels. Due to the uniqueness of this intra-jurisdictional project, an opportunity arose for cooperation with the City of Roseville fairgrounds. The event center is a newly built establishment at the county fairgrounds campus and just one of the steps all entities have taken in renovating and rebranding the fairgrounds as @TheGrounds. This collaboration on all levels is a unique partnership to rehabilitate an aging fairgrounds site. The 160,000-square-foot space was built to host a variety of events, specifically youth sports. In the main space includes 35-square-foot ceilings and a 100,000-square-foot hardwood floor believed to be the largest of its kind in California. The floor has space for 12 basketball courts or 24 volleyball courts. Hoops and nets for the courts are suspended from the ceiling and can be raised or lowered with the touch of a screen. The building was also designed to host a variety of trade shows and conventions and features eight meeting room spaces, an outdoor event space, loading area, plenty of parking and ample power outlets. When the industry recovers, the building is expected to generate an additional 30,000 room-nights and $12 million in revenue each year, according to a feasibility study conducted before construction. 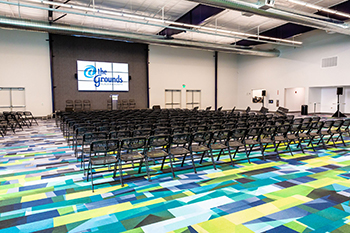 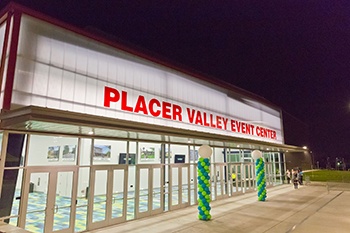 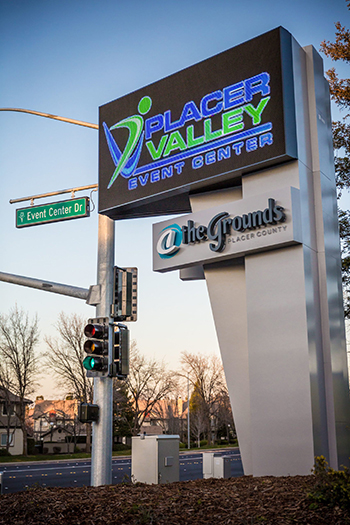